If you want to buy Tamiflu online then you need to know the facts. As the U.K's leading online source for medicines, we've provided this helpful FAQ, for those looking to buy Tamiflu and order online in the UK and Europe, to answer most of the common medical questions you might have about Tamiflu and its effects.

Tamiflu. Is it for you?

Tamiflu is a medicine to treat flu (infection caused by influenza virus) in adults and children aged 1 year and older, where the symptoms started within the last day or two. Tamiflu can also reduce the chance of getting the flu in certain circumstances.

It belongs to a group of medicines called neuraminidase inhibitors. These medications attack the influenza virus and prevent it from spreading inside your body. Tamiflu treats flu at its source by attacking the virus that causes the flu, rather than simply masking symptoms. Typical symptoms of flu include sudden onset of fever and chills, cough, muscle pain, headache, fatigue and weakness. Some people also get a stuffy nose and sore throat.

How does Tamiflu work?

Tamiflu prevents the flu from spreading inside the body. You already have the flu, but this medicine attacks the flu virus.

Each Tamiflu capsule (grey/light yellow) contains 75 mg of active drug and should be taken by mouth. This should be taken twice daily (once in the morning and once in the evening) for five days. Tamiflu can be taken with or without food. As with many medicines, if taken with a light snack, milk, or a meal, the potential for stomach upset may be reduced. You should complete the entire treatment of ten capsules, even if you are feeling better. It is important that you begin your treatment with Tamiflu as soon as possible from the first appearance of your flu symptoms.

What is influenza and how does it compare to common cold?

We often hear people say, I have got the flu, meaning they are afflicted by influenza. But actually, they might only have the common cold. While a common cold does make you feel pretty bad and it carries almost the same symptoms as the flu, it is not the same thing. Unlike common cold, influenza may cause severe illness and even life-threatening complications in many people. Influenza infection is characteristic in its swift onset. People who are feeling completely well might go on to become very sick within a few hours only. Though influenzas basic reactions are heavy coughing and sneezing, patients may also run a high fever, chills and body aches, none of which are symptoms of the regular cold. Moreover common colds generally do not result in serious health problems.

Influenza is in the real sense, the highly contagious viral infection of the respiratory tract. The virus can be spread to others by air through sneezes or coughs, or it may be picked when people pick up objects or come in direct contact with other people who have been contaminated and pass it into their own body when the hand rubs the eye or nose. Highly contagious as it is, the flu may appear out of the blue after 1 to 3 days of incubation.

What are the causes of influenza?

While influenza viruses may be of several kinds, two known types, type A & type B are known to be the cause for major sickness in humans. Both viruses have a number of strains that cause illness in varying levels of severity. At the same time, strains of the A family are known to be more virulent than those of the B family. This has been further proven by the fact that there have been 9 major outbreaks of influenza type A in the UK in the 90s as compared to only 4 reported outbreaks of influenza B.

How serious is influenza?

Influenza is normally a semi-serious illness for most healthy children and adults and most people affected get back to normal lives within the week. But yes, influenza could become a serious ailment for those who are not healthy to start with. If the immune system is down, then influenza can also prove fatal. Influenza can also create a variety of complications in those already in weakened state. Most of the time, the complications are in the form of bacterial infections since the bodys immune system is so weakened by influenza that bacteria find it easy to attack. The most common and yet the most serious complication is bacterial pneumonia. There are also, high chances of the sinuses and inner ears becoming inflamed and painful.

How can I catch influenza?

Influenza can be picked up from droplets of influenza virus in the air that might have been released by someone else with influenza while coughing or sneezing or else by direct contact. Just 3 to 4 particles of influenza inhaled are more than enough to give you an infection. So be careful, you can contract influenza just by standing next to someone with influenza in the subway, at work, anywhere.

Once it has entered your respiratory tract, the virus makes its way into your body and starts attacking the protective cells of the respiratory tract. And as with all other infections, the easiest to infect are children, who act as both victims and carriers. What this means is that if a child in a family becomes infected, there is more than 60% chance that there will be a second influenza case in the family.

Can influenza be prevented?

Yes and no. Influenza can be prevented to a certain extent and the best way to do so is to get vaccinated every fall. Every vaccine acts on the principle of injecting a tiny bit of inactive virus or some of its components into your body. Since the virus is inactive, it can neither infect your body cells nor make you ill. At the same time, injection of the virus allows your body to create antibodies so that when live influenza viruses strike, your body is all ready for it with its immunity shield. Since strains of the flu virus are constantly changing, so a single time vaccination turns out to be only partially successful. Hence it helps to get vaccinated each year.

What are the symptoms of influenza?

Influenza carries symptoms that are similar to a lot of other diseases including the common cold. Most adults and adolescents find influenza turning up in their bodies abruptly with symptoms appearing out of the blue. Referred to as flu like symptoms, these include

The fever (38-40 Celcius) which peaks within 24 hours of onset normally lasts for 1-5 days. Other physical signs include the appearance of being unwell, hot and moist skin, flushed face, bloodshot and burning eyes and a clear nasal discharge. Febrile convulsions are the initial sign in a number of children.

How long before I get ill after being infected?

The flu normally does not give any time or notice for preparing and a victim of influenza usually becomes acutely ill very fast. Incubation period can be as short as a single day or as long as 7 days, but normally lasts around 2 to 3 days. So if by chance you have become infected by the influenza virus, it could be up to 7 days before you notice the first symptoms. And remember, you continue to spread the virus all around you during this entire period.

How long does a bout of influenza last?

If the flu attack is without complications then a healthy person would normally start feeling better in a number of days. But the cough and malaise associated with influenza can persist beyond 2 weeks. But if some how some other complications like pneumonia were to occur, then the seriousness of the disease and the time required to come out of it would increase considerably.

If I do get influenza, what should I do?

The first thing to do on feeling the effect of influenza is to get plenty of rest combined with the intake of large quantities of liquids. Avoid alcohol and tobacco if you wish to get back to normal fast. Medication to relieve the symptoms of influenza can also be taken (but take care to avoid giving aspirin to children or teenagers who show similar symptoms like fever).

Treatment of colds based only on symptoms is aimed at relieving only the most harassing symptoms of the illness and there are several such medications available. At the same time, most doctors prescribe antiviral drugs that shorten the influenza symptom duration to around 1 to 2 days. But these drugs too are effective only if taken within 48 hours of the appearance of flu like symptoms

At the same time, you can take certain steps to ensure that you dont spread the flu further:

Distance yourself from others so that they dont pick up the infection from you
Always cough or sneeze into a tissue and throw it away after use
Wash your hands often with soap and water, especially after you cough or sneeze. If water is not available, use an alcohol-based hand cleaner
Rest at home and take leave from work, school as well as errands when you are sick. That way, you will not pass on the flu to others
Germs often spread when you touch your eyes, nose or mouth, so avoid such touching

When should I go to the doctor?

Yes, influenza can affect the same person on multiple occasions on account of the fact that influenza causing viruses might belong to either of the two influenza virus families A or B. Moreover, both these families have several different strains, like siblings in a family.

The viruses in themselves are also continuously changing. Your body normally develops antibodies to the viral strain that caused influenza but these antibodies are not effective against new or changed strains. So, if you have had influenza one year and a different kind of viral strain appears the next year, you can get influenza again. This capacity for variations is the biggest reason behind influenzas success in spreading every year.

When do influenza outbreaks occur?

Outbreaks of the flu take place almost every year, most prominently in winter or early spring. On occasions, there can be simultaneous outbreaks of two different kinds of influenza. As a result, the risk of contracting influenza every year remains very much alive. Some year, the outbreak might be only of local proportions but at times, it might spread on to become a national epidemic.

What is avian bird flu?

Avian bird flu is an affliction spread by the avian influenza viruses. These viruses occur naturally among birds across the globe and while most wild birds carry the viruses in their intestines, they rarely get sick from them. But this does not make the flu any less contagious among birds and it can prove fatal for domesticated birds like chickens, ducks and turkey.

Normally the avian bird flu viruses do not affect humans but since 1997 (when the first case of avian bird flu among humans appeared in Hong Kong), this kind of flu has infected and killed several humans in the South East Asian countries. While WHO does not recommend avoiding travels to these countries, it does advice staying away from live animal markets and poultry farms. This is because the droppings of infected birds generally carry large quantities of the virus. 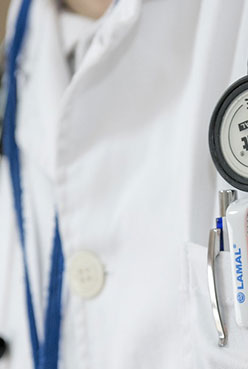